It’s time to talk more about games! Specifically, the games I’ve been playing of late. Has 2018 been a weird year for anyone else? Not bad. Not good. Just…weird.  Hm. Maybe I’m not drinking enough coffee. Or perhaps I’m having too much? See…weird. 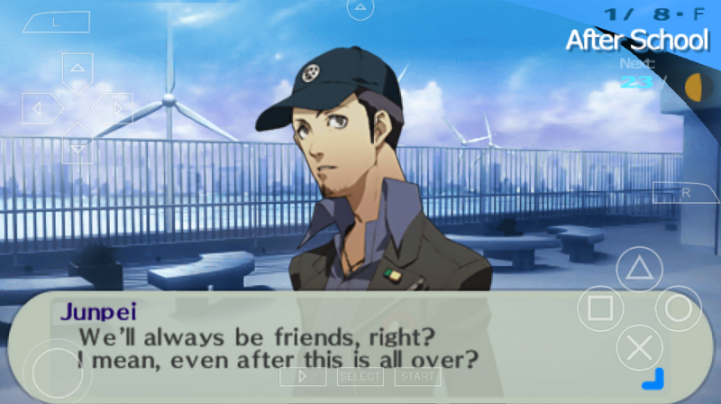 I came, I saw, I kicked Nyx’s ass! 110 hours later, and Persona 3 Portable is done and done. And only at the game’s end did I finally understand what it was all about – the power of friendship and the importance of humanity. All told through the summoning of fantastical creatures and the spewings of some very memorable characters. (Junpei, I miss you already.) I’m not prepared to sink my teeth into another Persona game yet, but when the time comes, at least I’ll be in the know. See Virtual Bastion for my P3P posts: 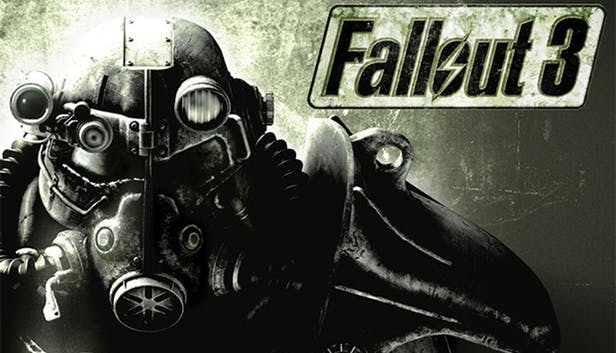 The goal I set for myself seemed to be reasonable enough: complete the main story of Fallout 3 over the course of a brief and final summer break. Based on my experiences with Fallout: New Vegas and Fallout 4, I knew it was going to be a challenge, what with my tendency to become easily distracted in open world games. But reaching the goal didn’t seem impossible. And so, as with these sorts of things, I began at the beginning.

This is how I began my Virtual Bastion article reviewing my brief-ish time with Fallout 3. I ended up spending less time with the game than I had with Fallout: New Vegas, but more time than I had put into Fallout 4 (goddamn if I don’t have to finish that damn game), and it was good. I didn’t find the story as engrossing as the one set forth in New Vegas, but I still had a good time roaming through the eerie, craggy landscapes of a Washington DC in ruin. Though the game was replete with those oh-so adorable Bethesda glitches, nothing hampering my gameplay entirely. Seeing has how I didn’t get the most of out my Game of the Year Edition edition by only following Fallout 3’s main story, I still have to go back and complete its DLC, which I’m sure won’t take me forever and a day. 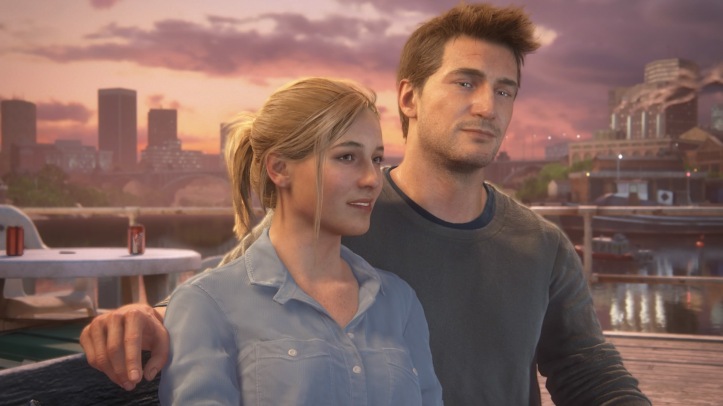 As much as I enjoy spending time with Nathan Drake, that rascally rogue, I’m happy to have finally put the Uncharted series to rest. Uncharted 4 had been sitting in my backlog for far longer than it should have, and I have to admit that I struggled with it a bit have first. It was mostly due to Uncharted overload since I decided to replay the first three games before it. But the compelling story of the fourth game helped push me through dealing with the tired game mechanics in order to see things through. On the downside, it’ll be a good while before I’m ready to get back into another jumping/swinging/shooting/puzzling adventure game (sorry, Lara Croft). But on the upside, as far as that type of game goes, the Uncharted series damn near among the best of ’em.

Ori and the Blind Forest 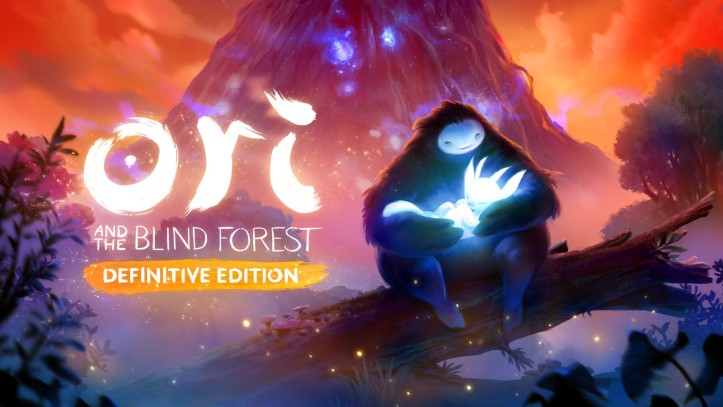 I love this game. I love this game so much that I replayed it after finishing my Let’s Play of it. It was so much easier the second time around, and I loved it even more. Two very happy, and slightly teary, thumbs up.

The Legend of Zelda: Breath of the Wild I’m not exactly sure how to explain what happened, because up until reaching Hyrule Castle, I was having an excellent time with this game. And then, I got to the castle, and suddenly, I just wasn’t interested. Not in the castle, not in defeating Calamity Ganon, not in helping Princess Zelda. I blame it all on the Lynels, stupid, overpowered beasts. Though I also blame stalling out on Breath of the Wild on other games and life changes. Well, as long as my Wii U holds out, the opportunity to finish it at some point remains. When that is, well…that’s anyone’s guess.

Care to wager? My money’s on “eh, probably never,” but I’m feeling rather negative at the moment.

See Virtual Bastion for more on my predicament: 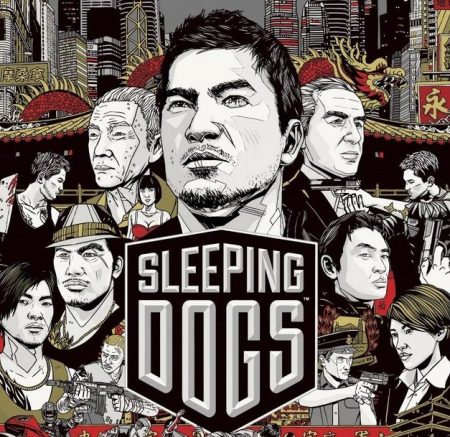 Unlike with Breath of the Wild, when I started up a new playthrough of Sleeping Dogs, I didn’t really intend to finish. I just wanted to spend a little time in the crowded, bustling streets of Hong Kong with the suave and sly Wei Shen as he works to play both sides of a very dangerous game. I had forgotten about just how wonderfully wacky and complicated Shen’s journey was, and I immediately fell back in love with the game’s style, if not its twitchy controls. I put in a couple dozen satisfyingly fun-filled hours with the game, and it was plenty. It’s an easy game to return to for whenever I need to feel a little gangster. 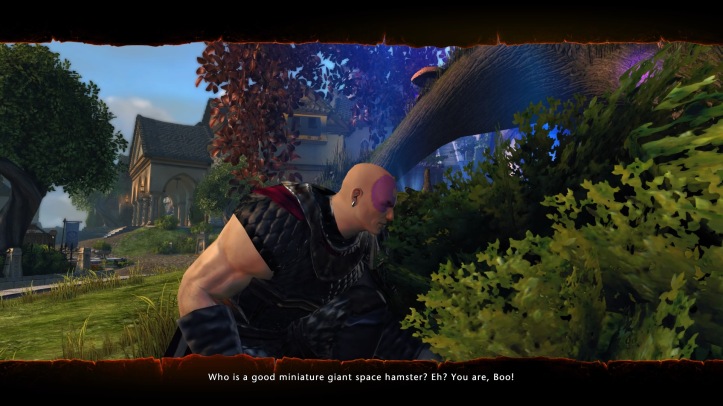 Not since Mass Effect have I become so enthralled with playing a single game over and over. And I remain in slight disbelief that I found that same level of happiness (if not more) in an MMO of all the games, everywhere. And the thing of it is, I’m only replaying the game’s initial story as I work to level up one character from each of the available classes (three months in, and I’m working on my fourth character now, and the fifth is already in the wings). While I have my moments of “oh great…this again” in revisiting the same spots, I still can’t stop playing. Sure, after a meaty couple of hours of leveling up, I tell myself that I got my Neverwinter fix and am done for awhile. And yet, a few hours after that, I find myself wanting to play again as I roam Neverwinter news and forums and, god…even Reddit…just to learn more about this new fascination.

How did I end up here? See: How in the Nine Hells did I wind up in Neverwinter? This is how. 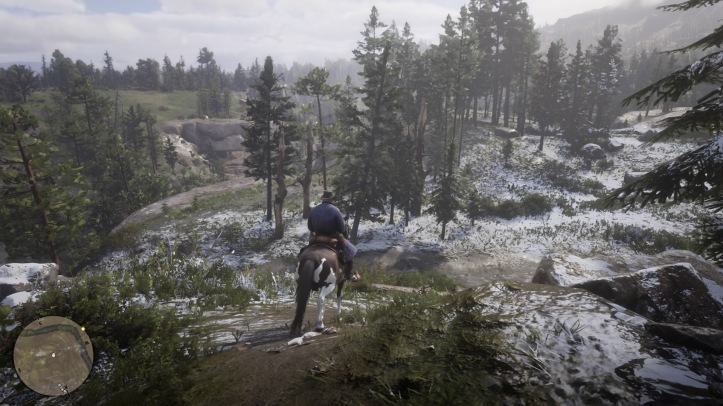 I’m just going to say it.

Red Dead Redemption II is dull and too real. There are far too many literal moments where Arthur Morgan feels like an actual human being, feels like I do when I first wake up in the morning and wonder what new part of me will hurt today. That much human-ness should never be imbued in a video game character.

As I wrote in my first impressions post on the game on Virtual Bastion, RDRII is not a fun game, but it’s absolutely fascinating. It’s the kind of game that I don’t really look forward to playing, but once I do, I cannot put down the controls. Part of that is due to the fact that I haven’t figured out Morgan yet. I’m still fairly early in the game (third chapter, I think), but Morgan’s motivations still haven’t read to me to be anything beyond “loyal gang member,” and I sure…just sure…that there’s more to him than that. A burning desire to answer the question “Who is Arthur Morgan?” is what keeps me invested. You can keep your train robberies, fishing outings, stranger encounters, and horse balls in the wind, I’m all about learning about what make’s Morgan tick, through both is actions and interactions with others. I’ve not fostered the same feelings for him that developed for John Marston, but they’re getting there. The more time I spend with Morgan, willingly or unwillingly, the more time I want to spend in RDRII. Talk about some Rockstar magic mojo.

Hell, I don’t know what’s next. Between Neverwinter and RDRII, I might just never play another game again.

Okay, so I do have a few things in mind. I promise that I’m really going to pry myself away from role-playing shenanigans in order to play Bioshock 2 sometime soon. I have to admit that with Fallout 76 taking up so much news space of late, I’ve kinda had a hankerin’ to get back into Fallout 4. I know exactly where I left my lone wanderer, Grace — she had just arrived at Diamond City — and roaming and looting does sound like a good time. I’d also still like to pick up We Happy Few. I know the game wasn’t much of a critical success, but it seems to not be all bad.

Looking ahead, 2019 is appearing to be another year in which I continue to work through my backlog, as I’m not much interested in any new releases. (Ori and the Will of the Wisps is the only exception, but I can’t imagine I’ll need to get it on release day, whenever that is.)  That puts a bunch of titles up for grabs — Horizon: Zero Dawn, The Witcher 3, the new God of War, the new Spider-Man, Batman: Arkham Knight. Damn, that’s a lot of hours of games. And it doesn’t even count the games I need to finish.