In the way that the winds of the blogosphere blow, I’ve seen a number of gaming/gamer “confessions” posts, in which the writer answers a series of questions meant to expose one’s deepest and darkest gaming secrets! Or, rather, just have a little fun. I threw this idea in queue after catching The Dragon’s Tea Party’s confessions. Scores of others have posted since then; you may have seen them in your own feed. I suppose that the idea here is to tag others, prompting them to post their own responses, as I’ve mostly given up tagging on doctor’s orders (haha), I’ll simply invite any to partake. Personally, I found it to be an interesting exercise in memory and writing, two things that I know for sure could always stand from some improvement. Wish I could say the same about my gaming abilities, as I seem to be quite low on both coordination and patience of late, but we all know that getting older sucks balls in many ways.

A game everyone loves that you can’t stand 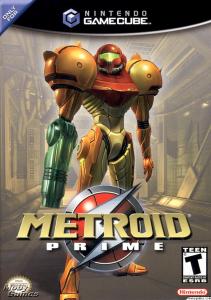 The phrase “can’t stand” is a strong one. As such, my gut reaction was to put The Adventures of Cookie & Cream, a game that I truly cannot stand. But then, I couldn’t really prove that everyone who owned a PS2 both had and loved that game. So I took a softer approach to the phrasing and went with what is, I think it’s safe to say, a game loved by many…except me. Metroid Prime. (Actually, it was a very close call between it and Kingdom Hearts, but if the cast of Disneyland had been on Tallon IV, maybe I’d be writing something else entirely.) A couple years back I tried to make amends with Metroid Prime, but it just didn’t work out. I managed to get to the final boss, but outside of the game’s stellar soundtrack, I didn’t enjoy the journey. Sadly, I reinvested in the Prime trilogy, too, but I’ve now zero interest in playing any of them, let alone actually finishing the first game. Unlike with Super Metroid, I never developed a relationship with the Prime series initially, so I don’t have any nostalgia for the games either. For me, Metroid Prime turned out to be more annoying than enjoyable.

A game that you love, but no one else seems to 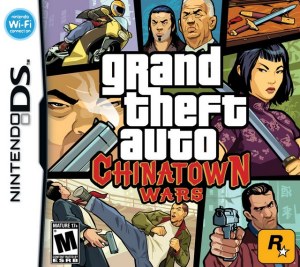 I wouldn’t go so far as to say that no one loved (or still loves) GTA: Chinatown Wars, but when compared to other games in the GTA series, Chinatown Wars, though critically-acclaimed, wasn’t a big seller. Being an “adult” game on the Nintendo DS, it wasn’t likely to attract the largest audience from the get-go. And that’s unfortunate, because Chinatown Wars is a s-p-e-c-t-a-c-u-l-a-r game. No shit, it’s brilliant! Taking a move from early GTA titles, it’s a top-down, maniacal, and over-the-top experience like no other. And though it’s weird and violent and more weird, it’s not as graphically bloody as most other GTA games. I’m not saying it’s for kids, because it isn’t, I’m just sayin’ that Chinatown Wars is a game worth playing even for folks who say they don’t like or won’t play GTA games.

An older game you haven’t finished, and probably never will 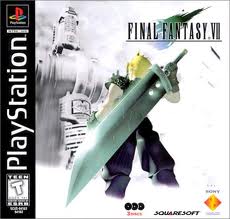 So I guess I kinda made a case for Metroid Prime to take this spot, but I have to give the honors to Final Fantasy VII. Way back when, I became quite obsessed with this game, almost to the point that I completely hogged my husband’s PlayStation to the brink of disaster. But I never finished it. Since then, however, I have held onto to a single PS memory card, which is still readable (though who knows for how much longer…), on which remains that final save I made some twenty years ago. We still also have the original multi-disc game. When we still had a working and backwards compatible PS2, I intended to go back and complete the game. Unfortunately, the ol’ PS2 gave up the ghost, and my chance died with it. With each passing year, my desire to follow through with my obsession grows fainter and fainter. Sure, I could easily get my hands on it’s recent remake, download the original on another console, etc. etc. But being the stubborn bastard that I am, I can’t. Though FFVII will likely remain forever unfinished, if I ever do sum up the gumption to finish it, it has to from be that game from that memory card using the original discs. It simply has to be. 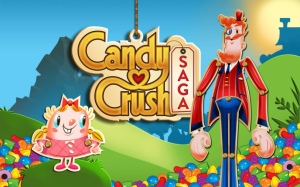 Since I already blew my load recently by admitting to be a Scrabble fanatic, I suppose I might as well erode my coolness factor even further by saying that I still play and mostly enjoy Candy Crush. I hate it and I’m sorry, but, y’know, when I’m stuck waiting somewhere, be it the train station, a doctor’s office, or my local street corner (wha…??), I still like to pass the time by swiping brightly-colored candies from here to there. Honestly, it’s the perfect game for when I don’t wish to expel (or don’t have any) brain power.

Castlevania: Symphony of the Night 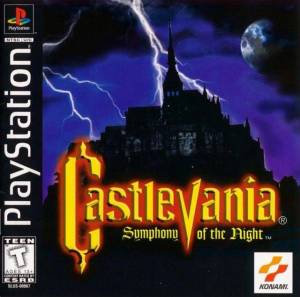 On the heels of my incomplete run with Final Fantasy VII, I picked up, in what would become an incredibly joyous romp, Castlevania: Symphony of the Night. Between its amazing graphics, the fantastic soundtrack, and its eerie story, I discovered a love of gaming that hadn’t been matched since my time with Super Metroid. SotN has a very solid place in my personal gaming hall of fame. That said, I’ve never replayed it. And that’s mainly because there’s a part of me — that ol’, crusty, impatient, and uncoordinated bastard —  that fears not enjoying it as much as I once did. While I’ve no doubt that SotN’s gameplay holds up beautifully, but I don’t want to ruin my memories of it just because I don’t perceive myself to be as good at platform games as I once was. I know that’s a stupidly self-defeating way to look at things, but there it is.

(Beyond that, it’s been a long time since I’ve played any Castlevania game. Really, I should probably fix that…someday…)

A game you never play seriously but others do

Just about any fighting game, ever, but I’ll say Street Fighter just to stick with the theme 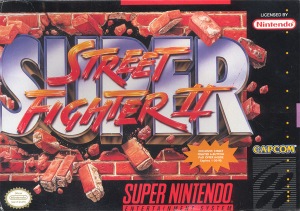 I am really my own worst enemy…and yours too, if you’re playing against me…when it comes to fighting games. Basically, I have a deep-seated inferiority complex when it comes to them. I love fighting games, especially the Street Fighter series, but I have never, ever taken the games or my skills seriously enough to be, or believe that I can be, any good at them. I think this is well-proven if you watch (shameless plug incoming…) my “Not Zangief” series over on Virtual Bastion on YouTube. And the thing is, this is perfectly okay as far as my own mental health is concerned, because I don’t ever want to take fighting games that seriously. (Like to to competition levels and such. Because at that point, your game is your job, and nobody likes to work.) This is something I have to stress to people I play against, especially if I’ve never played against them before, because I can and do occasionally win. And the most super competitive people tend to be the sorest losers. I’m not out to make anyone feel bad, I just wanna have some fun bashing the hell outta video game characters, in spandex, with special moves if I’m so lucky.

A game you completed but hated it by the end 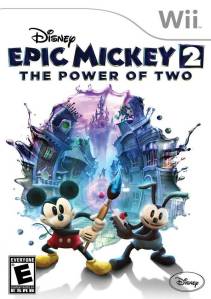 If interested, that link there takes you to my post from a few years back on this game. I don’t feel any need to rewrite it here, since it pretty much sums up how much I hated, hated, HATED that game by its end. It’s my own fault, really, for trying to enjoy this two-player game alone…or…is it? Either way, Epic Mickey 2 has forever burned the blackest hole in my gaming soul.

A game you thought you’d enjoy, but didn’t 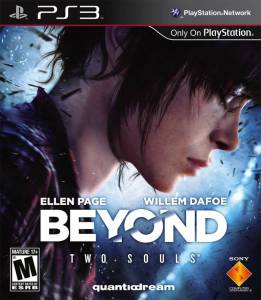 In late 2013, I was really looking forward to playing Beyond: Two Souls. I intently sopped up all of its “making of” videos, the ones with Willem Dafoe and Ellen Page acting in full motion capture regalia, and I Just. Couldn’t. Wait! Too bad that the journey proved much more interesting than the destination. I think that I had fooled myself into believed that the game was something it wasn’t. Cinematically gorgeous, story-rich, and very QTE-heavy, B:TS threw too much into a mere ten-hour game. Jodie’s story (the main character played by Ellen Page) was too convoluted for its own good. The whole “two souls” aspect, which involved Jodie being tethered to a spiritual entity that imbued her with telekinesis of sorts, was interesting but poorly resolved. I understand that Quantic Dream games often bite off more than they can chew, and that was certainly the case with B:TS. I was hoping for something awe-inspiring and was left with little more than “eh, that was okay.”

A game you didn’t think was for you, and then loved

The World Ends With You 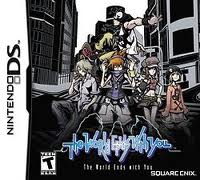 There are actually a bunch of games I could name here — DOOM, Mass Effect, GTA IV…hell, even Super Metroid. But I went with Nintendo DS game The World Ends With You because it marked the first time I bought a game that was outside my comfort zone and then fully enjoyed my purchase. With other games like the ones I mentioned, I didn’t need to take any initiative to access them – they were already accessible, whether they were part our game library, had been rented by someone else, or somehow or another within a reach that didn’t require any effort to make. And it really didn’t matter if I liked them or not, because I hadn;t made any initial investment in them. Prior to TWEWY, I had really only dabbled in JRPGs, and pretty much only through Final Fantasy games, at that. I didn’t have much cause, or reason, to stray from my comfort zone. But at the time, I had gotten to a point with my Nintendo DS where I really needed something totally fresh and new if I was going to keep using the thing. i.e. I had overextended my stay with all things Mario, LEGO, Professor Layton, and other things puzzle-y. It was only thanks to an X-Play review (RIP G4TV) that TWEWY ended up on my radar. Described as “a J-Pop remix of the role-playing game,” it looked like the perfect solution. And boy, was it ever.  Strange, strangely addictive, fast-paced, and wild, The World End With You was worth every penny.

It is quite literally the only new game I want to play this year, and I am shivering in antici…pation.