To know me is to know that I love my yearly series, and here’s a new a one! This year I’m taking on the 30-Day Video Game Challenge (30VGC). Though, actually, it’s going to be more like the 26-Week Video Game Challenge, since I’ll only be covering two or three topics from the challenge each month. You can check out my intended schedule in this post. With that, it’s game on!

My guilty pleasure game is Scrabble. 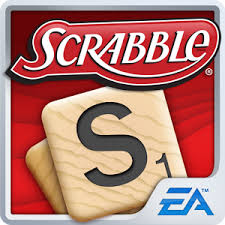 I mean, UGH, right? Haha. I really hate admitting this out loud in random conversation, but if you ever ask me what I’m doing on my tablet, I’ll gladly say “I’m playing Scrabble.” Because honestly, if I’m not making fun of the dumbass “news” that shows up on Flipboard, I’m playing Scrabble. To a certain extent, I suppose that I could expand this into “mobile word games,” generally, because they have been my go-to time waster on mobile platforms for years now. Some people have their Candy Crushes and Bejeweled Blitzes…but I like my “three minutes to spare” moments to be filled with something that I can excuse as “learning.” In the not too distant past, I became unexpectedly enamored of AlphaBetty Saga. I switched over to Scrabble namely so that my husband and I could play it together while sitting next to each other on the couch watching TV. Multitasking, y’know? Also because our actual Scrabble game has been missing two tiles for years now and I’m too damn lazy to do anything about it. Plus, electronic Scrabble, is, like right there. No set-up required. Anyway, he eventually fell off the word wagon, but I kept going with it.

The worst and most hilarious thing about this whole charade has to be that I’m utter shit at the game. I’m not one of those people who can “see” words in a scramble of letters. It takes me f-o-r-e-v-e-r to make a move. (Thankfully, my CPU opponent has no board to flip in frustration.) And since I’m already here going all confessional about this, I might has well admit that I often use wordfinder/cheat sites to help me make sense of things. I’m absolute garbage and it’s awesome. I l-o-v-e goddamn Scrabble with all my stupid heart.

The game character I feel I am most like (or wish I was) is Bonnie MacFarlane. 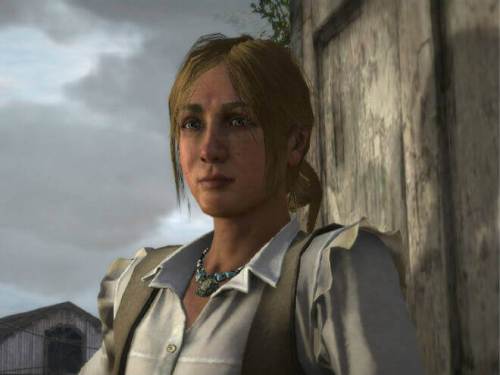 Perhaps no big shocker here. Red Dead Redemption is one of my favorite games, and Bonnie serves as such a wonderful and hardscrabble nucleus for a portion of the game. She’s smart, tough, and can take a lick or two without getting too bent out of shape. Granted, I think her capture and torture ending was and is complete bullshit — it was such a rotten swan song for an otherwise solid character — but what’s done is done. I’m staying away from any and all RDR2 spoilers, so I remain hopeful that she might make a grand return.

What I see of myself in Bonnie is not “ranch owner” or “horse wrangler,” but rather a woman doing the best she can with the hand she was dealt in life. This isn’t to chalk “life” up to “fate,” as it’s clear that she’s taken the bull by the horns when it comes to what she needs to do to survive. She’s no follower: she’s definitely a leader, and one to be reckoned with when it comes to her ranch. I get finding that balance between being tough and friendly; between being accepting and wary; between supporting you family and supporting yourself. I only wish that Bonnie had factored more into the game than she did, but it is saying something that not only is she one of the first major companions of the game, but she readily saves and befriends John Marston, a stranger who can’t rope a horse for shit. (At least when I’m playing.) Her trustworthiness is admirable, and she’s kind without being a doormat. I guess, in the end, as much as I see of myself in her, part of me probably does wish to be like her when I grow up. Only with well-trained horses. Or…cats. Well-trained cats.