Okay Mass Effect: Andromeda, You Got Me

It was only a mere 18 days ago that I decided to give in to Mass Effect: Andromeda. For whatever it was worth, I was on the fence about it for awhile, being excited, then not excited, then totally meh, and then excited enough to place my pre-order. The “me” of years past probably wouldn’t have been so flip-floppy about it, but what can I say? It just took a little more convincing this time around. What drove me into the positive about Andromeda? In large part, it was thanks to new gameplay videos and news stories like the one I riffed off in this United We Game post. 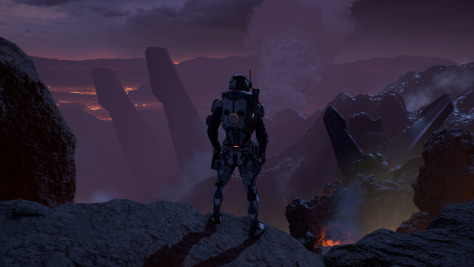 Regular readers might have caught a post I wrote a c ouple months ago in which I was a little down on Mass Effect: Andromeda. Unfortunately, I was harboring some bad thoughts about what Andromeda was purported to be back in early December, and that something was, as I perceived it, a mere shade of what I had hoped from a new Mass Effect adventure.

Well, here we are now, just twenty days away from Andromeda’s release, and…yep, I have to admit that I’ve changed my tune. I am now, fully and without exception, all aboard the Andromeda train. Woo woo!