Play or Pass: Halo 2 and Age of Empires II

Welcome to the next post in my year-long series “Play or Pass” that takes on the proverbial “must before death” theme with video games. Every other week I will be covering one or two games from “32 Video Games You Have To Play Before You Die,” a list compiled by BuzzFeed based on a reader poll. I will not be critiquing the list itself, but rather I’ll be discussing each game or games in whatever manner feels fitting and will attempt to answer a couple simple questions: Have I played [insert game name here]? If yes, do I consider it a “must” and why? If no, do I want to play the game before I die? I’ll be going through the games in the order in which they appear on the BuzzFeed list. Good? Good. Let’s get on with the games!

Though we didn’t intend for it to happen, our Xbox One has become the odd man out among our collections of consoles. I wish I was kidding when I say that, since the start of 2016, the thing has seen less gaming action than our Wii, Wii U, and GameCube! Seriously, that’s really saying something. We’ve both played a few things here and there in fits and starts – Dragon Age: Inquisition, Rare Replay, Mass Effect – but we really use it for watching movies more than anything. And we don’t watch movies very often so…

…yeah. The poor, neglected Xbox One. 😦

We thought the Halo: The Master Chief Collection might change that.

And…to be brutally honest…I don’t know why we thought that, because neither of us are huge Halo fans. I think, maybe, we might want to be, because the Xbox name is synonymous with Halo. If you have an Xbox, any Xbox, then you get Halo. There are just no two ways about it. 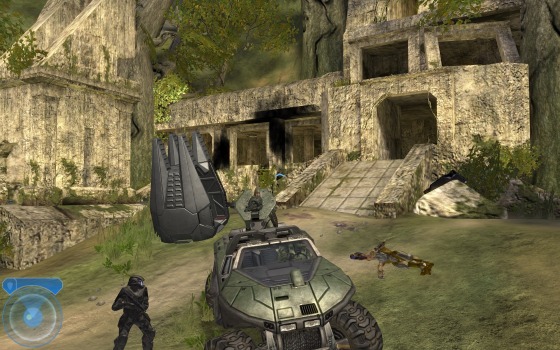 Maybe the thing of it was that we didn’t have an original Xbox when the first game, Halo: Combat Evolved, came out. And we didn’t have an Xbox when Halo 2 came out either.  So though it was hard not to know about the games, the series didn’t really hit my radar until we got an Xbox 360, and by then the game to get was Halo 3. It’s possible that we had the game or rented it at some point, but we did opt to get Halo 4. We’ve collectively played a few hours of it…maybe? And as for Halo: The Master Chief Collection, well…we haven’t even yet freed the box from its cellophane.

Can you tell that I don’t have squat to say about Halo 2? I just…don’t. The Buzzfeed article makes reference to the game’s vehicles being awesome. I’ve seen what the first game looks like, and yes, they probably are. Vehicular combat in games can be fun. And it can also be really shitty (I’m looking at you MAKO). I’m guessing that Halo 2 might have gotten it right.

I feel overwhelmingly indifferent to Halo 2 and any of the Halo games. They aren’t games that I ever sought out to play, and they aren’t games that I seek to play now. Sure, maybe it’d be nice to re-up the Xbox One’s gaming chops with something, but I’d be way more prone to pop in Dragon Age: Inquisition before starting up a new and frankly intimidating relationship with Master Chief.

If no, then do I want to play the game before I die?
No, though I’m happy to be convinced otherwise.

If I had nothing to say about Halo 2, I have even less to say about Age of Empires II. In fact, I hadn’t even heard of the series until I joined Twitter. For whatever reason, at that moment when Twitter was, to me, all bright and shiny and unspammy , it seemed that every other tweet was talking about something called “AoE” or #AOE. And it seemed that this “AoE” thing was pretty popular. It didn’t take me too long to learn that AoE stood for Age of Empires, a Civilization-type real-time strategy game. And it wasn’t exactly a new kid on the block, which its first installment having been released in ancient past of 1997. (That makes Civilization’s first release in 1991 positively prehistoric!) 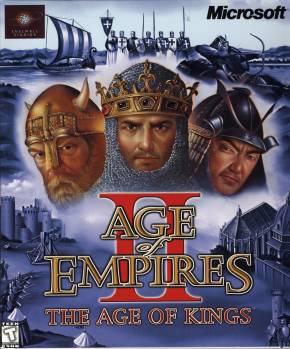 I couldn’t tell you now what had everyone so excited about Age of Empires (whatever number) in 2012, but the game is still very popular. It seems that a newish version of Age of Empires II has quite a loyal and happy following on Steam, and the series third game (a compilation? It’s a little hard to tell.) is doing just as well.

My feelings towards RTS games, Age of Empires II and others, remain as they did when I wrote about Civilization – I’m not opposed to playing them, but I don’t have the time play them as required, i.e. checking in frequently enough to make such my empire hasn’t crumbled. If that day even came where I could once again play every day, then maybe I consider it. And even then, I’d probably steer more towards Civilization, though I admit that’s only because of brand recognition on my part. What makes Age of Empires, I, II, III different from each other? You tell me; I’m all ears.

Have I played Age of Empires II?
No.

If no, then do I want to play the game before I die?
A wishy-washy maybe, question mark?